By Maria Luci, Director of Research Engagement, Beyond Celiac.

Celiac disease is a serious autoimmune disease that is triggered by consuming a protein called gluten, which is found in wheat, barley and rye. There are more than 300 symptoms of celiac disease, which include diarrhea, bloating, vomiting, fatigue, brain fog, and joint pain. Left undiagnosed (and therefore untreated), people with celiac disease can develop further health issues such as osteoporosis, infertility and even certain cancers. 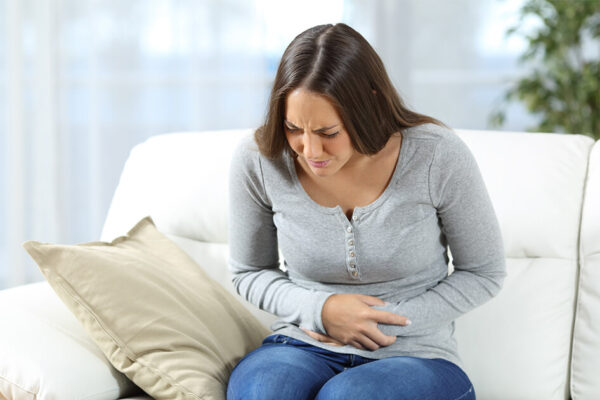 Celiac disease symptoms in women may also include:

While celiac disease is commonly associated with gastrointestinal issues, it can also impact the reproductive system. The damage caused by celiac disease can lead to infertility, miscarriages, stillbirths and other negative pregnancy outcomes.

A study published in the journal Human Reproduction in 2018 highlighted the importance of physicians considering celiac disease as the cause of a woman’s unexplained reproductive issues. Women struggling with unexplained infertility are encouraged to get tested for celiac disease.

Currently the only treatment for celiac disease is the gluten-free diet. However, there are currently a number of potential treatments in the drug development pipeline, including one that is currently in Phase 3 clinical trials. However, until a drug is approved, the only way to heal the intestines and reduce risks of further complications such as osteoporosis or infertility from celiac disease is to follow a strict, lifelong gluten-free diet.

For more information, Beyond Celiac

Since 2003, Beyond Celiac has been the leading patient advocacy and research-driven celiac disease organization working to drive diagnosis, advance research and accelerate the discovery of new treatments and a cure. Beyond Celiac is the only organization that has committed itself to achieve treatments toward a cure by 2030. By engaging with the top scientists in the field, awarding research grants, and supporting the community, Beyond Celiac envisions a world in which people with celiac disease can live healthy lives and eat without fear – a world Beyond Celiac.